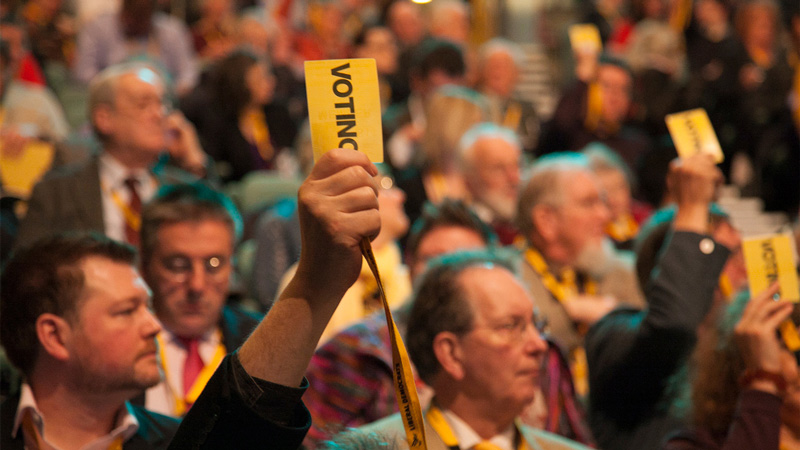 The Health motion called on the government to deliver an emergency cash injection over the next year into the crisis-hit NHS as well as a guaranteed right to live and work in the UK for all EU citizens working in NHS and care services. Over 2,700 EU nurses left the NHS in 2016, a 68% increase compared to two years ago. Separate figures from the Royal College of Nursing have shown the number of EU nationals registering as nurses in England has dropped by 92%, while there are 24,000 nurse jobs unfilled in the NHS.

The party also demanded that the government re-open the Dubs child refugee scheme recently closed by the Conservative Government. Although the Government claimed that the scheme had served its purpose, only 350 child refugees were granted places under the scheme proposed by Lord Alf Dubs who himself was a child refugee saved along with thousands of other Jewish children as part of the Kindertransport.

"I'm delighted that Liberal Democrat members have spoken loudly and clearly that we should protect the rights of European Citizens working in our NHS and offer sanctuary to children whose lives have been turned upside down by conflict. Tower Hamlets faces huge inequalities in health among adults and children and the continued underfunding of health and social care by the Conservative government coupled with a hostile attitude towards European medical staff makes it even harder for local services to keep up with the borough's growing population."

Party leader Tim Farron closed the conference with a hard-hitting speech criticising the Prime Minister for choosing to pursue an extreme version of Brexit without public support and blasting Jeremy Corbyn for failing to provide a competent opposition.