Your Lib Dem Candidates for Whitechapel

Former Whitechapel councillors Muhammad Abul Asad and Aminur Khan and local resident Michael Robinson have been selected to be the Lib Dem candidates in Whitechapel for the May 2022 council elections. 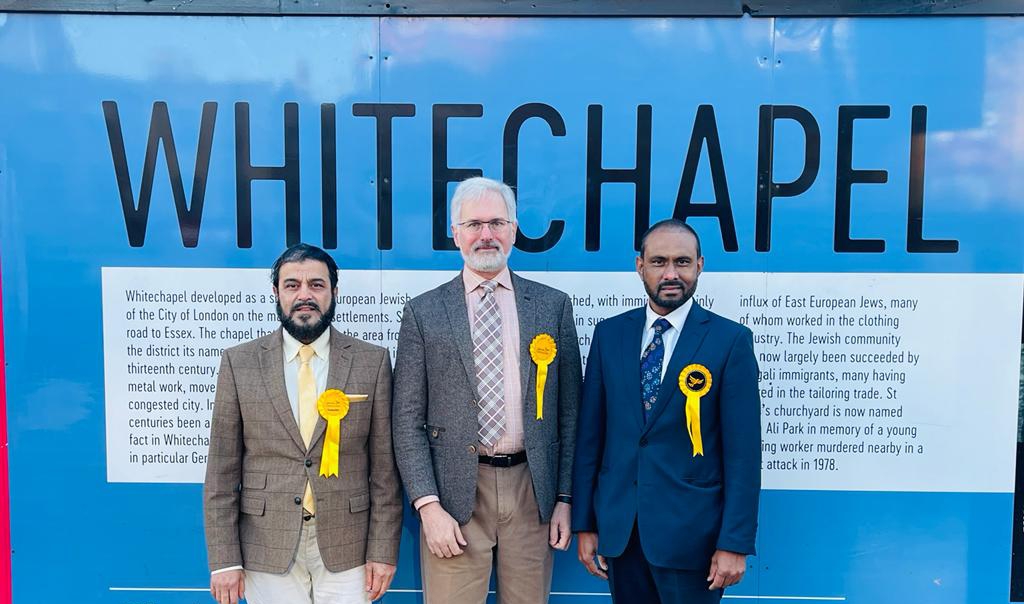 Muhammad Abul Asad was a Councillor in Whitechapel for 28 consecutive years until 2018, which made him the longest serving elected representative of the London Borough of Tower Hamlets. He held many key positions in the council including cabinet member for Education and Civic Mayor. He also served as a member of GLA London Skills and Employment Board representing 34 London Councils.

"I have lived and worked in the Borough since 1976 and have been instrumental in setting up third sector organisations in the fields of Social, Educational and health needs for our local community.

"I believe offering our kids a good education should be our highest priority.

"I want to ensure our investment in schools improves standards year on year."

Aminur Khan was a former Councillor for Whitechapel for 8 years from 2010 to 2018. He graduated in 1988 and has lived in Whitechapel for over 30 years. He has helped a high number of residents with housing, welfare benefits and debt advice as an advisor with local organisations for last 20 years. He also served as a School Governor and is involved with local community organisations.

"I have campaigned against crime, and for cleaner and greener environment.

"My priority will be to tackle drugs, knife crime, ASB, to stand up for leaseholders against cladding costs and high services changes, to hold landlords and housing associations to account and to make Whitechapel a greener and safer place to live and work.

I am extremely grateful to my Whitechapel constituents for electing me twice as your Ward Councillor. I urge your continued help and support."

Michael Robinson and his family moved to the UK from China in 2010 and chose Whitechapel as their home. He first became active in UK politics after witnessing the trend of increasing anti-immigrant policies. After 25 years as a technology executive in startup companies, he would now like to put his career experience to work supporting our vibrant and diverse local community.

That trust can only come from transparency, impartiality, accountability, and innovation.

Every member of our community should feel confident that their concerns will get a fair hearing, and that their elected representatives will work hard to find effective solutions, making the best use of limited resources.

Tower Hamlets has many unique advantages, and I want to help fulfil its full potential as a thriving, cosmopolitan, family-friendly community that builds on its tradition as a global gateway."