Your Lib Dem Candidates for St Katharine's and Wapping

Wapping resident Dominic Buxton and former councillor Mahbub Alam were selected by members to be the Lib Dem candidates in St Katharine's and Wapping for the May 2022 council elections. 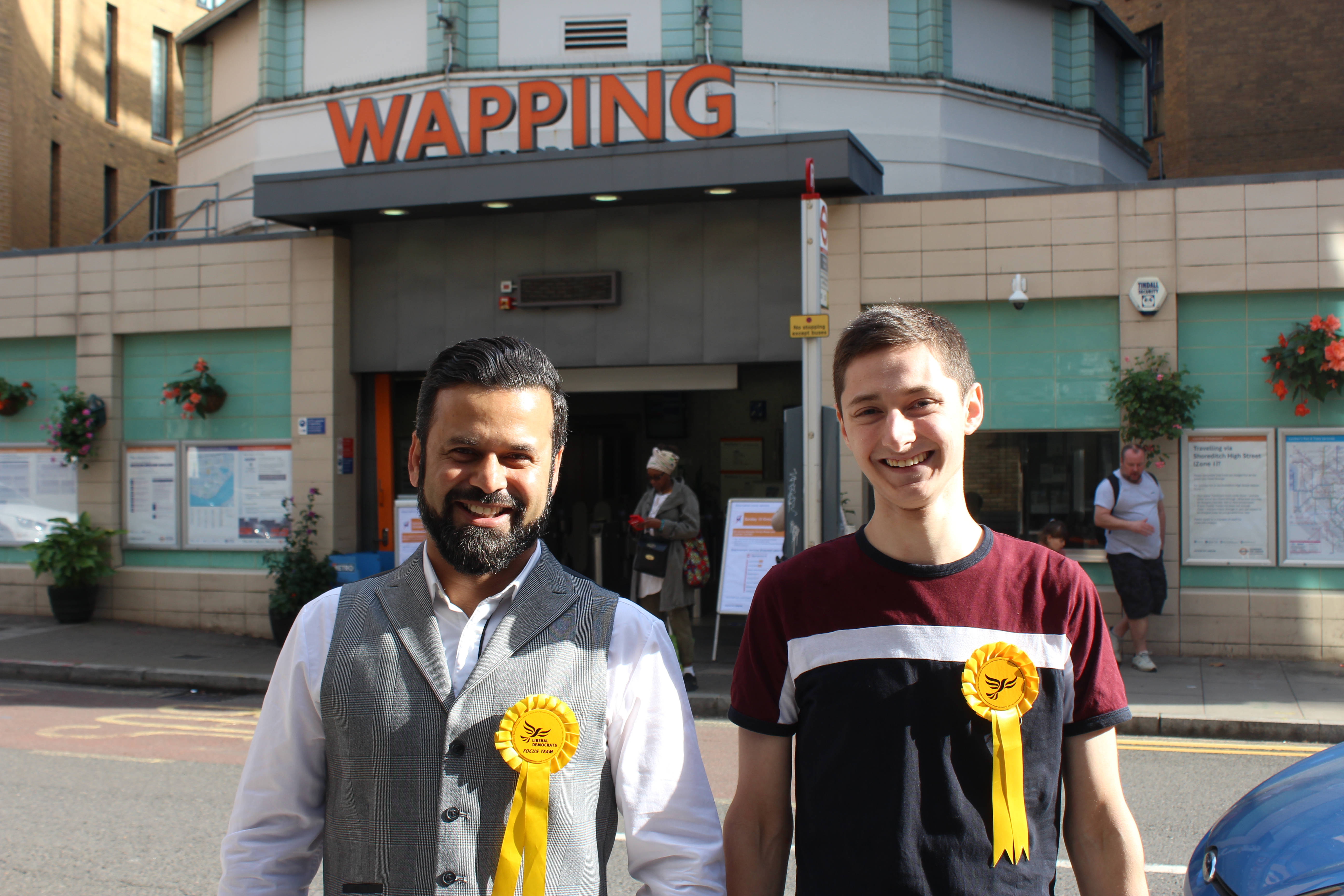 Dominic Buxton lives in St Katharine’s and Wapping. Wapping was his childhood home before spending time in Germany, and returning in 2017. Dominic recently completed a BA in Film and TV Production at the University of Greenwich.

"I am passionate about my community. Sadly, too many residents across St Katharine’s and Wapping have told me that they feel ignored and sidelined. It's time for a change.

"It’s time that our councillors stood up for our communities.

"I've been working for people in St Katharine’s and Wapping, talking about their views and aspirations, joining community events and raising people's issues with the Council.

"Now I want to take that to the next level.

"I will stand up for local residents on the issues that matter most and help create a more transparent borough where everyone has a voice and the opportunity to succeed.

"We've already had great successes following our summer survey, from joining residents in campaigning to save St George’s Pool to working with London Assembly Members on getting a new riverboat service in Wapping.

"I will listen to people, take action and bring a fresh approach to local politics in St Katharine’s and Wapping.”

Mahbub Alam was a councillor from 2014–2018, an Executive Advisor on adult social care and is the founder of local business Tech World E1. He has been a parent governor for Hermitage Primary School for the past three successive years and was a community liaison officer for the Save King Edward Memorial Park campaign.

"I hope that I can be the bridge for the disenfranchised and demonstrate how the Lib Dems can give us the best platform to challenge the Council and make a positive impact for the borough.

"Many frustrated residents are looking for an alternative. For too long many Bangladeshi, minority and Muslim community members have cast a protest vote for independent parties with little or no success.

"I believe the Lib Dems are the best choice for the local community."