Greggs, Westferry and cross-party working: this week at Council

At the first full Council meeting of 2020, Liberal Democrat Councillor Rabina Khan supported calls for a Judicial Review into Westferry Printworks, and called for a cross-party group to find "common solutions that will lift families out of poverty, make benefits accessible and create a brighter future" for Tower Hamlets. 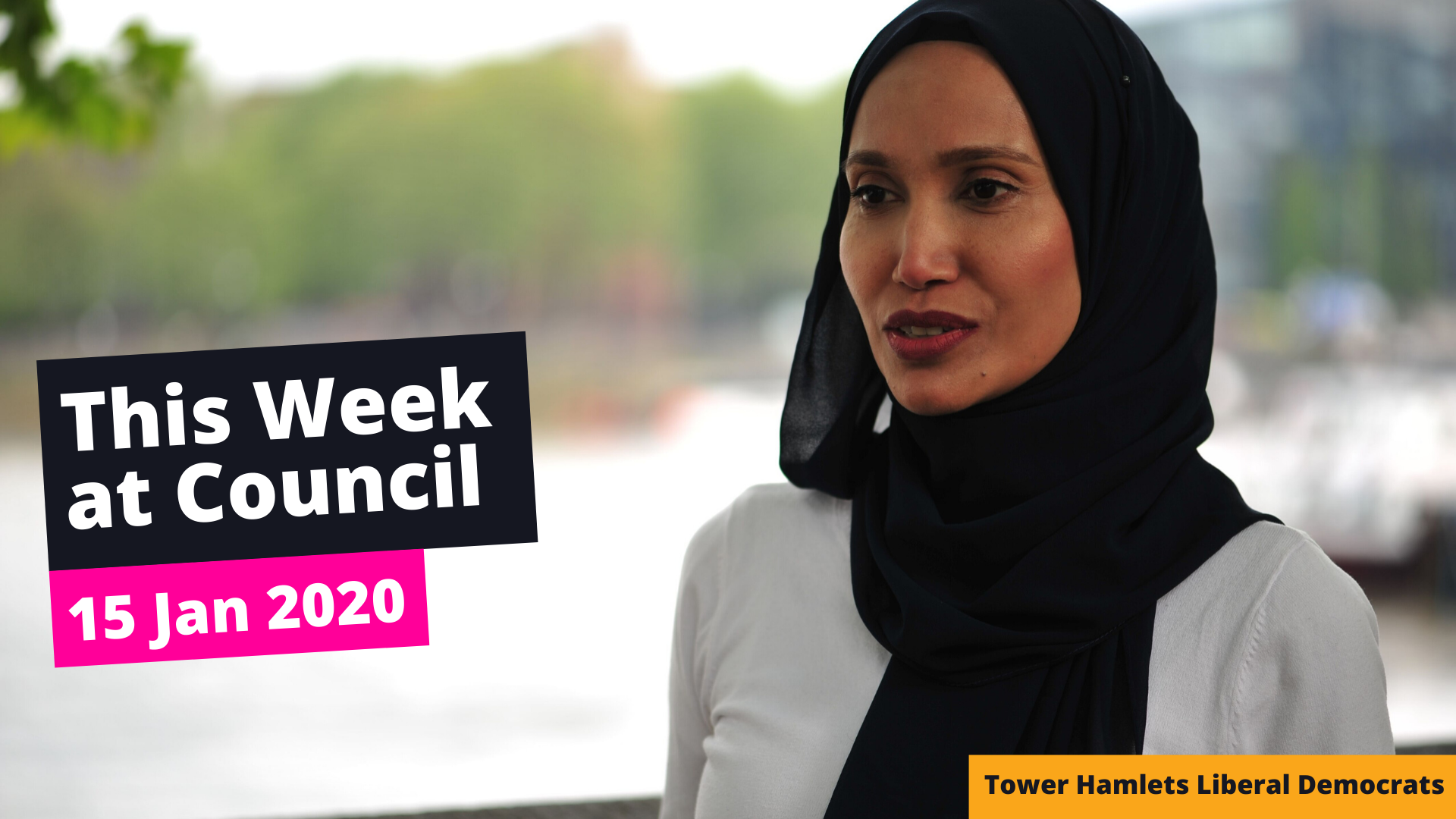 Three big issues dominated this Council meeting: the need for reform of universal credit, highlighted by the recent Greggs 'sausage roll bonus' story; the decision to challenge the government over Westferry Printworks; and the need to establish a genuine cross-party group to hold the Conservative government to account and develop common solutions to really improve the lives of Tower Hamlets residents.

Last week the news emerged that Greggs would be paying reward scheme bonuses of up to £300 to its employees following the enormous success of its vegan sausage roll. However, welfare experts claim that many of Greggs employees will not see the full fruits of this.

Employees who are on universal credit could see as much as three quarters of their bonus clawed away because of Universal Credit - keeping just £75 of their hard earned bonus.

There was also a moment of political unity (by Tower Hamlets standards) when the Mayor brought forward a motion to challenge (through Judicial Review) the Conservative Government's decision to green light the new Westferry Printworks - a major new development on the Isle of Dogs. While a former plan was did get agreement, the latest plans approved by the Government do not have consent from Tower Hamlets Council.

Councillor Rabina Khan supported these calls - citing lack of affordable housing, the impact of wind, and impact on local infrastructure.

As Liberal Democrats we are naturally inclined towards pluralism - so it was encouraging to see calls for the establishment of a cross party group to challenge the new Conservative Government and help improve the lives of Tower Hamlets residents.

As a party we will always work to find "common solutions that will lift families out of poverty, make benefits accessible and create a brighter future".

Cllr Rabina Khan is widely recognised as one of our borough's most hard working and formidable Councillors. A recent piece of research by Love Wapping reinforced this: showing that Cllr Khan was the second most active Councillor (measured by member enquiries - totalling 401 - just 22 behind the first place Councillor, and a whopping 209 above the third place Councillor!).

It's no surprise to us that Cllr Rabina Khan works twice as hard as other Councillors - imagine what we could do with more Liberal Democrat colleagues in the chamber to support her.