Your Lib Dem Candidates for Shadwell

Sitting Councillor Rabina Khan and Simon Tunnicliffe have been chosen to stand for the Liberal Democrats in Shadwell for the May 2022 council elections. 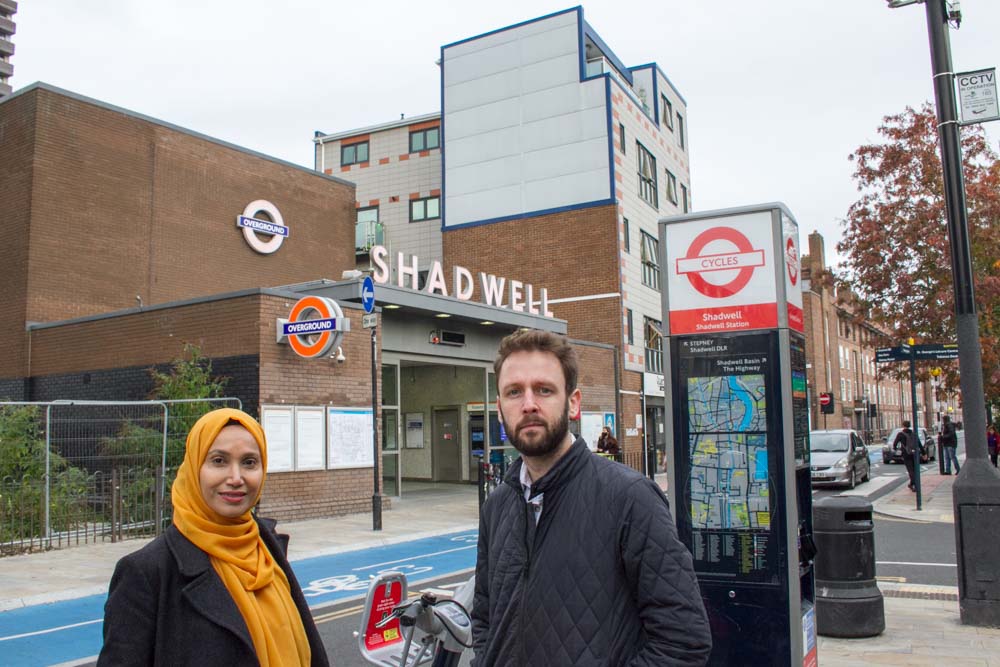 Cllr Rabina Khan is Lib Dem Councillor in Shadwell. Elected in 2010 she runs a very busy councillor surgery raising a huge amount of casework for residents: from cleaner and greener streets, to holding social and private landlords to account and supporting local businesses. Rabina regularly appears in print and broadcast media and was a nominee at The National Diversity Awards 2021.

"For me, it's such an honour to represent the people of Shadwell. Being a Councillor has always been about giving people a voice, and getting the Council to listen to what the community wants and deliver the best for all of us.

"It's so important to have a diverse council that represents all the views of our diverse borough.

"I've worked with councillors from other parties and the Mayor to bring Tower Hamlets together, because by working together we bring out the best in ourselves."

Simon Tunnicliffe lives in Tower Hamlets and has been shadowing and working alongside Rabina to deliver casework for the community. He is determined to fight for better quality housing in the ward alongside making the streets safer, greener and more liveable.

"Rabina is well known as the hardest working councillor in the borough, and I am so lucky to get to work with her for the people of Shadwell, and to hold this failing Labour council to account.

"Our borough's strength is in diversity, welcoming people from around the country and the world, and I'm proud of that.

"I want Tower Hamlets to be a place where the streets are safe and the air is clean."