Petition: Save the D3 Bus Service 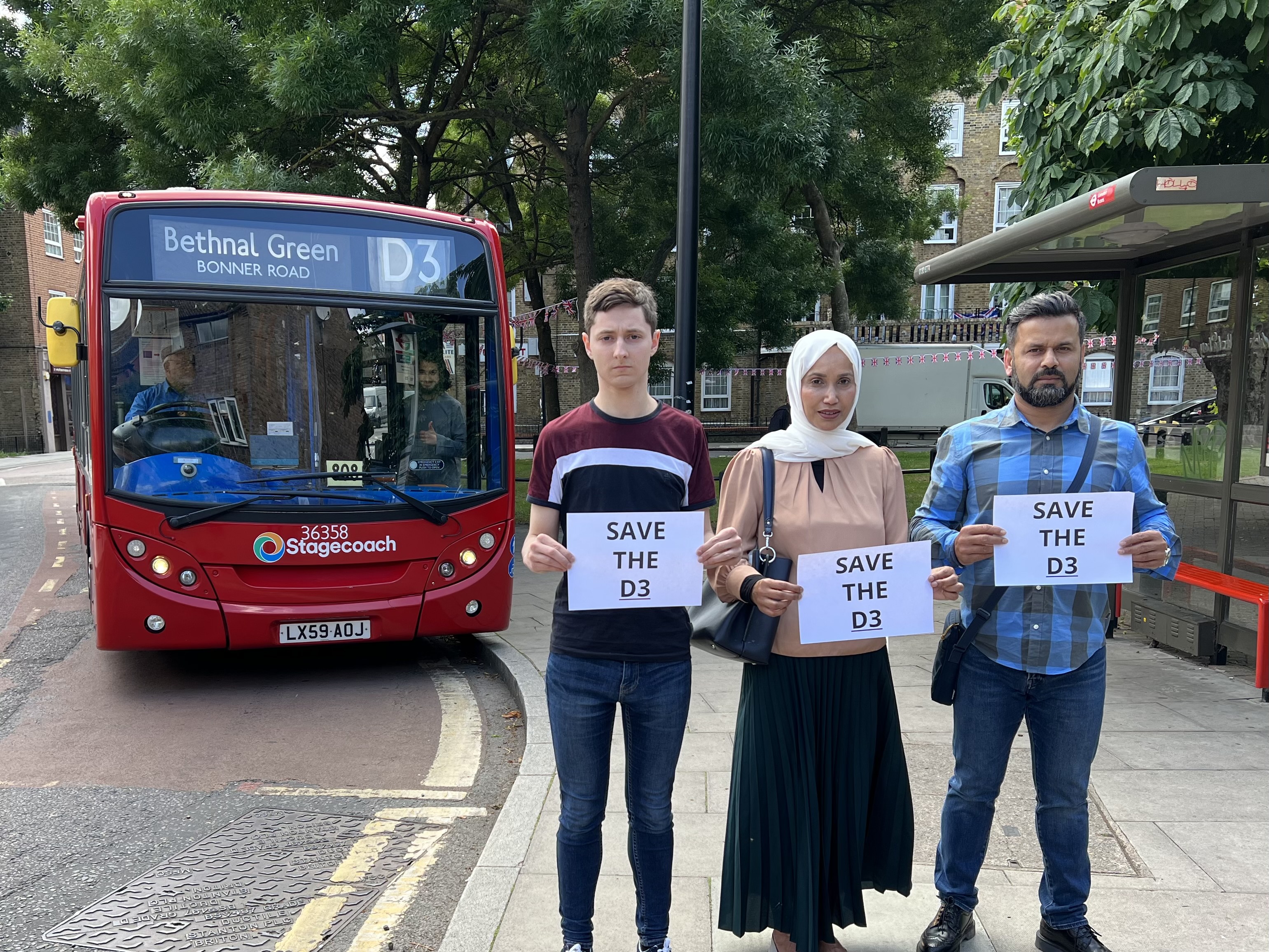 Several bus routes running through Tower Hamlets are facing cuts or severe reductions in frequency, according to plans announced by the Labour Mayor of London, Sadiq Khan, in response to the Conservative Government’s failure to properly fund Transport for London (TfL).

One of the routes facing critical changes is the D3. The service currently connects Bethnal Green and Leamouth via Wapping and Canary Wharf.

Under the new proposals, the step-free direct link via the D3 between Wapping, Limehouse and Canary Wharf would be lost. This would also create significant barriers in accessing the transport network for passengers with mobility issues. These changes would isolate Wapping from the rest of the borough in terms of public transport.

Regular bus services, such as the D3 route, are essential, especially given that Wapping Overground station is not step-free. They also help reduce the number of cars on our roads.

Please sign the petition against the changes here and make sure your views are taken on board:

"This petition is addressed to TfL, the London Assembly and Sadiq Khan, Mayor of London.

"We, the undersigned, are opposed to the planned cuts to the D3 bus route and ask TfL and the Mayor of London, Sadiq Khan, to cancel the proposed changes to this service.”