A candidate’s reflections on the general election

Elaine Bagshaw is the Parliamentary Spokesperson Poplar & Limehouse for the Liberal Democrats. Elaine was the Lib Dems candidate during this year’s General Election. In this blog post, she talks about her thoughts and memories of the whirlwind campaign. 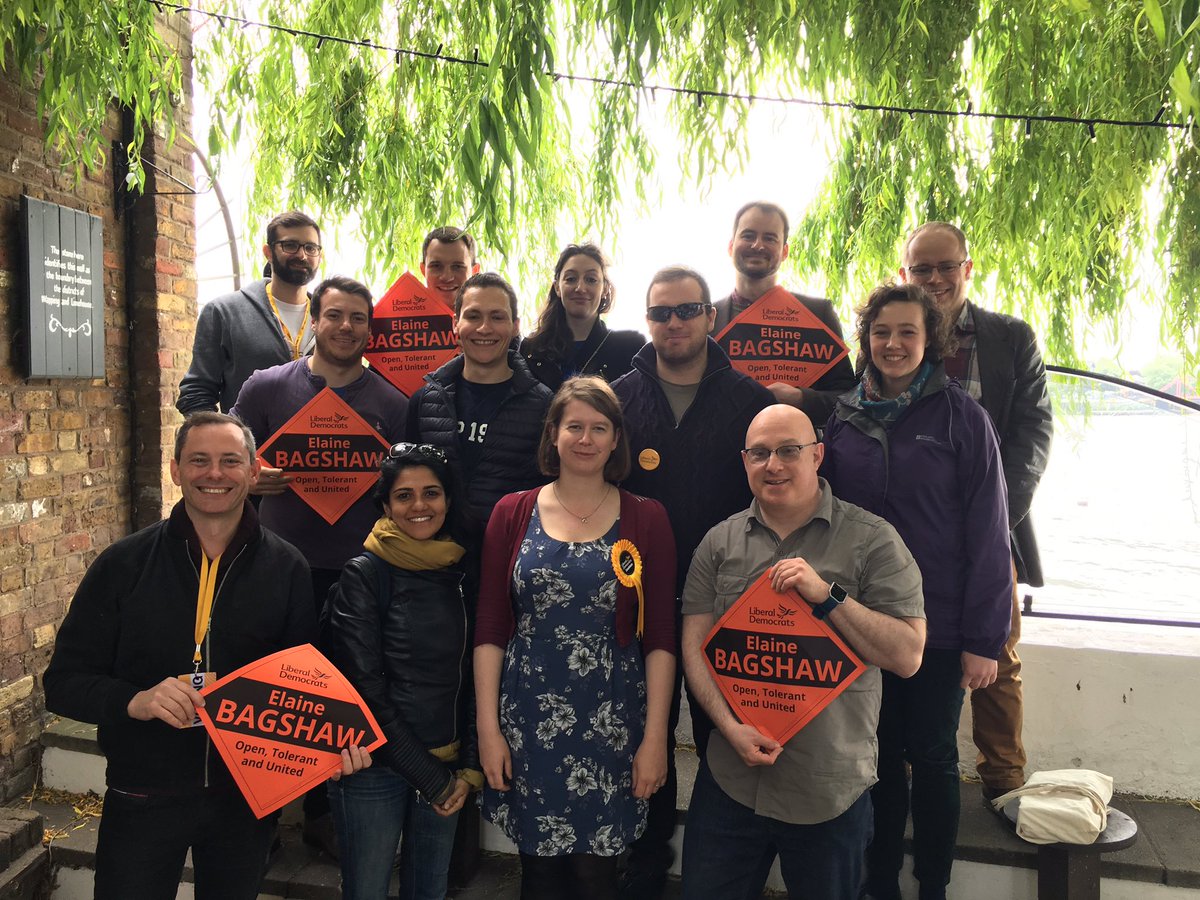 When I first heard the announcement of the General Election on 18 April I had an initial feeling of shock. I was just home from a weekend in Ireland - my first time there and first holiday in ages so it was the furthest thing from my mind. Me and most of the other parliamentary candidates that I regularly speak to had thought we were out of the woods in terms of a snap General Election. It was for this reason, my team and I had turned to concentrate on the local elections in 2018.

Thankfully, we weren’t caught completely unaware, we had thought before about what we do in the borough if a snap election or by-election was called. We agreed it would be best to concentrate on Poplar & Limehouse, and use a campaign similar to Richmond Park - we were Labour-facing but had a 67% remain vote and a Brexit supporting MP. We also wanted to make sure we continued building a base for the local elections in 2018. I was (and still am!) lucky enough to work for a company who were happy to let me go on sabbatical for the duration of the election. This meant that I could completely focus on next six weeks and the mammoth task at hand with the help of a fantastic team.

The word on the street

When speaking to voters, initially, there was confusion about why we were even having an election (Brenda wasn’t the only one who questioned it), but people were very open to moving away from their normal voting habits. Jeremy Corbyn was unpopular and Brexit was a concern for a lot of people - particularly in the sense that they felt their local MP hadn’t spoken up for them. With the local Tory candidate having been a staunch Brexit supporter, we were the only option for a lot of people who had voted Remain.

As the election continued, especially after the Dementia Tax, the mood changed and the election became far more about stopping the Conservatives nationally than anything locally. Even though we were in one of the safest Labour seats in the country, people weren’t willing to switch their vote.

The constant questions about our then leader’s views on gay sex took up far more time and energy than I expected, and were particularly damaging in London. This to me was a real shame as we had a strong manifesto and our policies stood up to scrutiny.

An election that changed direction

When the election was first called a Tory landslide was a dead cert. Halfway through the campaign there was a turning point when people started switching back to Labour. It made me realise we haven’t moved away from two party politics, I think particularly since the referendum it feels like a zero-sum one side against the other game. As a party, we are going to need to change our culture; structure and tools significantly to be competitive again. This election changed my perspective on just how big a job that is.

High points of the campaign

I am proud of a lot of things that happened during the campaign. Having members and volunteers with children coming to events and into the office to help out - it made me feel like we’d achieved something where people who wouldn’t normally get involved felt like they could take part and make a difference. For us the next challenge is ensuring people remain engaged and continue to realise their contribution is important!

Just look at what we managed to achieve in those short six weeks. We delivered leaflets to the entire constituency four times, and did the freepost in both constituencies in the borough for the first time. We canvassed 2558 people and 12336 attempts to canvas people were made. This all contributed to us having the second best result against a Labour facing seat in the country. One of the disappointing things was that there were only three hustings - kind of shows how safe people think the seat is really!

Only two years ago, we had 130 members; no activity and had lost our final councillor in 2014. We were a black hole with zero hope of returning to our former days of running the borough and being able to make a difference for people. Now we have 750 members, our target ward candidates in place and a growing reputation as the team that get things done in and are building a better borough for everyone in Tower Hamlets. It has by no means been easy. It has been, and still is, worth it.

To make a difference in 2018 we need your help! It can be by making a donation to Tower Hamlets Lib Dems or volunteering some of your time to help prepare for the local elections.