Your Lib Dem Candidate for Mayor

Councillor Rabina Khan has been chosen to stand for the Liberal Democrats in the Tower Hamlets Mayoral election in May 2022. 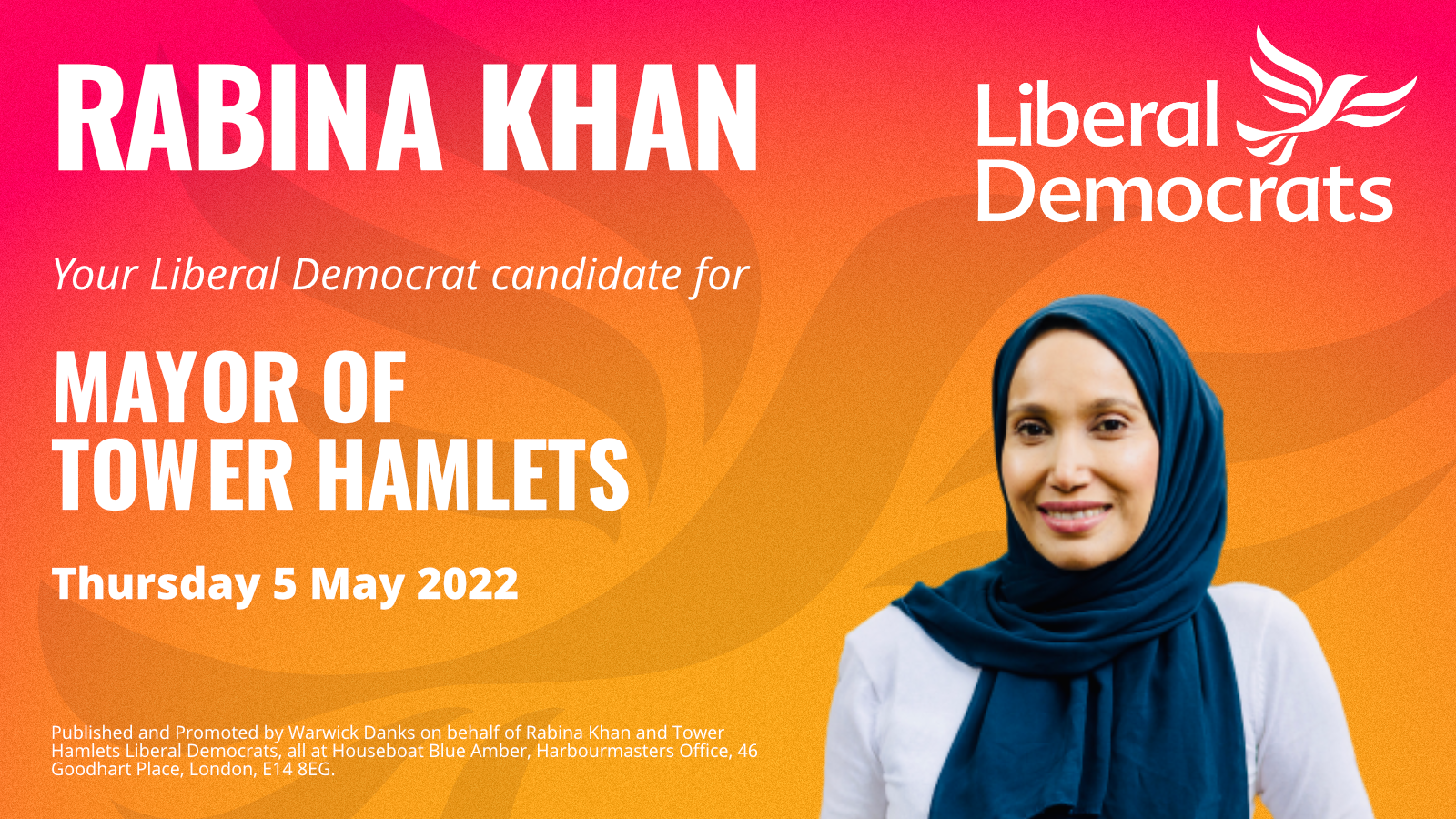 Rabina Khan is a Lib Dem Councillor in Shadwell and came second in the Mayoral race in 2018. She runs a very busy councillor surgery raising a huge amount of casework for residents: from cleaner and greener streets, to holding social and private landlords to account and supporting local businesses. Rabina regularly appears in print and broadcast media, was a nominee at The National Diversity Awards 2021, and is a former Special Advisor to the Lib Dem Leader in the House of Lords.

"As a Liberal Democrat Mayor, I would fight for a more equal, stronger and greener Tower Hamlets.

I want Tower Hamlets to be a national leader for a greener and sustainable economy in a post-Brexit, post-pandemic world that is still unequal for far too many.

We need inclusive climate change policies so people and communities are part of the debate for change without creating a them and us situation.

I have campaigned for life science investment in the Borough to provide jobs and fill the gaps left by Brexit.

I want a Tower Hamlets that stands up for the rights of leaseholders devastated by fire safety bills, service charges, and will fight for commonhold.

A Tower Hamlets that holds unscrupulous landlords and rogue housing associations to account and builds the homes we desperately need.

A Borough where everyone can afford to live, in a safe, clean, and friendly neighbourhood; where we support our children and young people for a brighter future and where our older and vulnerable citizens are not forgotten.

I have witnessed the struggles of our communities through the enormous impact of COVID and its repercussions on the most vulnerable.

I will be a strong advocate for the rights of all people, not just one section of the community.

I will work for an open, tolerant, and safer Tower Hamlets, inspiring change for a more equal, stronger and greener future."

Rabina Khan's campaign will be formally launched in the New Year.