Your Lib Dem Candidate for Limehouse

Local resident Warwick Danks has been selected to be the Lib Dem candidate in Limehouse for the May 2022 council elections. 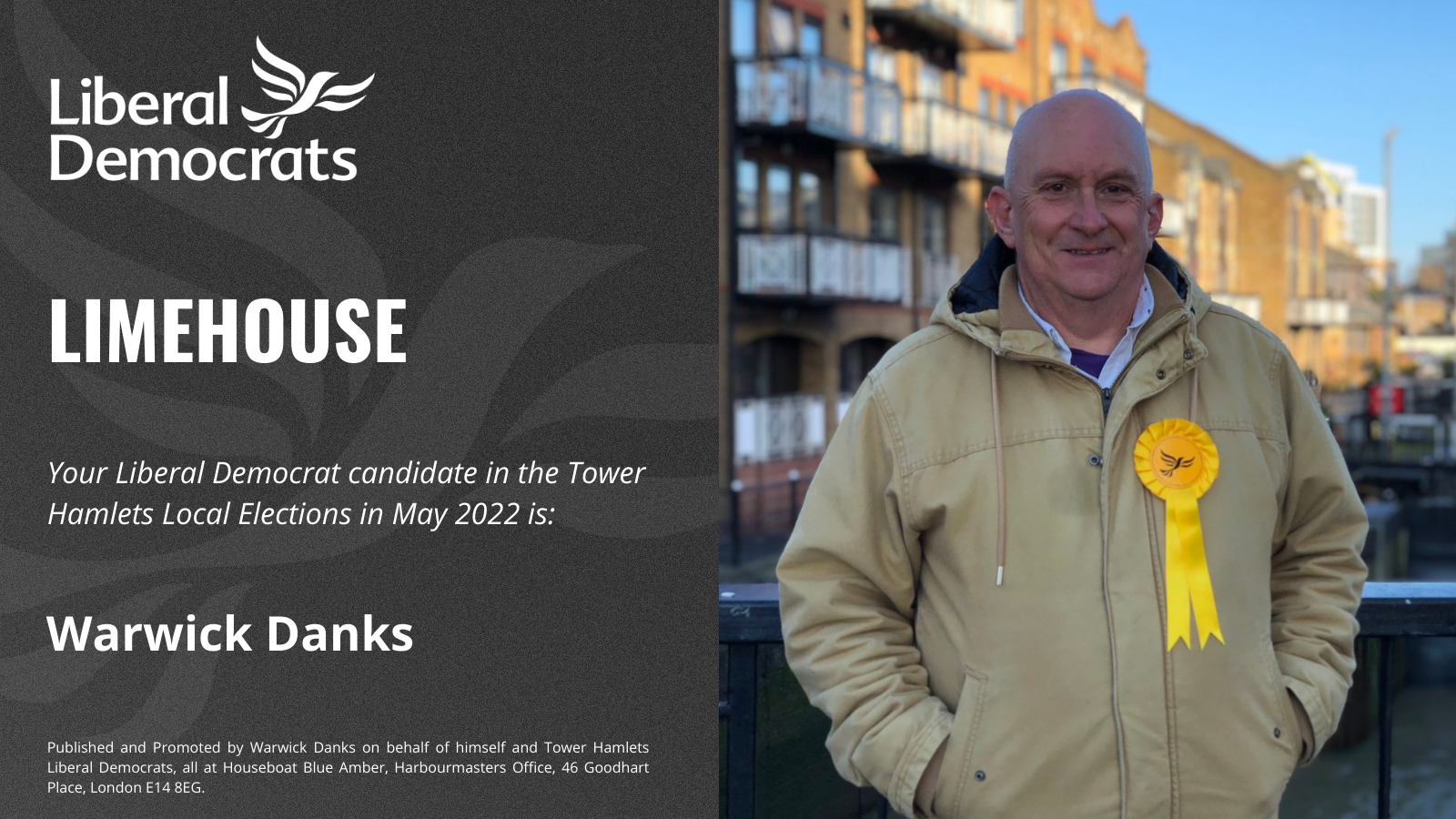 Warwick Danks has been a resident of Limehouse since 2016, and also works in Tower Hamlets as a university administrator. He has been committed to liberal politics since he was a teenager and brings a breadth of life experience, having variously been employed as an analytical chemist, residential hostel worker and radio technician before completing his academic studies as a mature student.

"I am seeking election as a local liberal voice for Limehouse on Tower Hamlets Council.

"For too long Labour have had no meaningful opposition, and we urgently need representatives who will listen to residents and deliver for us.

"I will ensure that Limehouse is not forgotten when decisions affecting us all are taken by the Council."