Join us for the latest instalment of the Lib Dem Book Club! 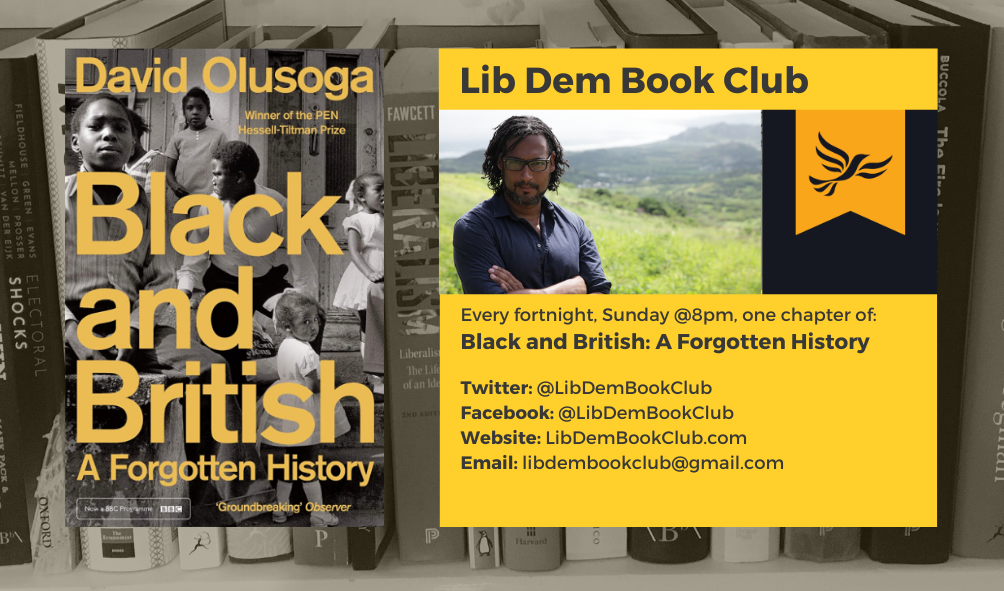 Tower Hamlets Lib Dems are co-hosting a fortnightly book club along with the Camden and Watford local parties and in conjunction with the Young Liberals' Book Club.

RSVP at the bottom of this page and we will send you all the details you need to join us!

Every two weeks: the next session will be Sunday 14th March at 8:00PM where we will discuss the book our members voted to read next: Black and British - A Forgotten History by David Olusoga.

We are delighted to announce that Lib Dem Book Club will be attending conference, in a special late session at 9:15pm. This year the auditorium will be running very late, which is why we have such a late start time. We hope you'll join us for a special discussion following the success of our event last year at conference.

We'll be reflecting on the book as a whole and what we've learned so far. Please do come along!

This chapter describes the events of the first World War, noting how that conflict began and ended in Africa, as well as the period shortly following the war (i.e. roughly 1914-1919). It describes the 'Million Black Army' movement, championed by the Liberal MP Josiah Wedgwood (grandson of the famous abolitionist of the same name), to allow eager black citizens to volunteer to fight for the British Empire, against organised resistance from politicians, military commanders, and colonial administrators. It describes how black volunteers came into full contact with the racism of the Empire, sometimes for the first time, receiving brutal and humiliating treatment by their white officers and peers. Black volunteers were ultimately excluded from the victory parade at the end of the war, and a great many black citizens of the Empire returned home (in Britain and elsewhere) feeling deeply disillusioned. It also describes the black heroes who rose to prominence and who were able to become commissioned officers, despite the official military policy against this.

This chapter also details the vast outpouring of hatred on long-settled black communities following the war, particularly in Liverpool, where the racist backlash received large support from the trade union movements, in the context of economic upheaval after the end of the war, (echoing the reaction to the 'Cotton Famine' in the 1860s as described in chapter 9 'Cotton is King'). In a cruel and ironic twist of fate, the black the communities who had been the victims of racial pogroms in Liverpool became suspects in the eyes of racists state authorities, and were subject to arbitrary surveillance and coercion. And, in a striking foreshadowing of the Windrush scandal, numerous black British citizens were deported, despite having strong ties only to Britain, where in many cases they did not have sufficient documentation to prove their citizenship.

Read a chapter of the book and discuss it on an hour-long Zoom call once every two weeks.

We are currently reading Black and British - A Forgotten History by David Olusoga.

Bear in mind that we will discussed the unabridged version of the book. A new version has just come out entitled Black and British - A Short, Essential History (mainly aimed at schoolchildren). This version is also excellent and well worth a read (particularly if you don't have time to get into the original) but we will focus on the unabridged version in our discussions.

DO I HAVE TO HAVE READ THE BOOK TO PARTICIPATE?

Before each session, we will aim to send out an updated summary of the reading for the week, and some questions we will be discussing. You can find the summaries and questions to date here.

Our new book also has an accompanying BBC TV series, which can be found here: 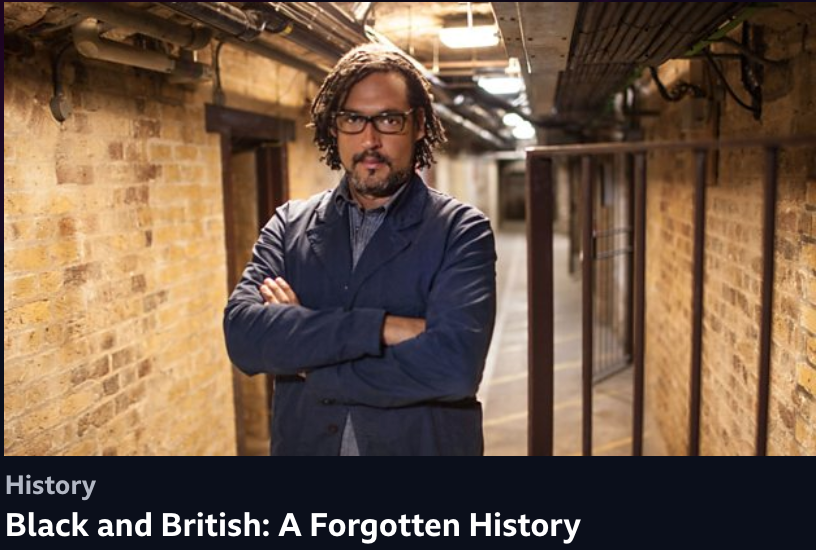 But please bear in mind that the episodes won't match the book or our sessions exactly.

DO I HAVE TO BE A LIBERAL DEMOCRAT PARTY MEMBER TO JOIN THE BOOK CLUB?

No, the book club is open to anyone who is interested in the issues of Diversity & Inclusion and Liberalism, so feel free to bring friends along.

DOES IT COST ANYTHING?

No, other than buying, borrowing or listening to the book, there is no cost involved. We won't even try to guilt you into making a donation!

RSVP below and we will send you all the details you need to join us!