At the 2020 Budget Meeting for Tower Hamlets, Councillor Rabina Khan called out Labour's stealthy Council Tax Hike, failure to make promised savings, and supported the petitioners calling to save the Community Land Service. 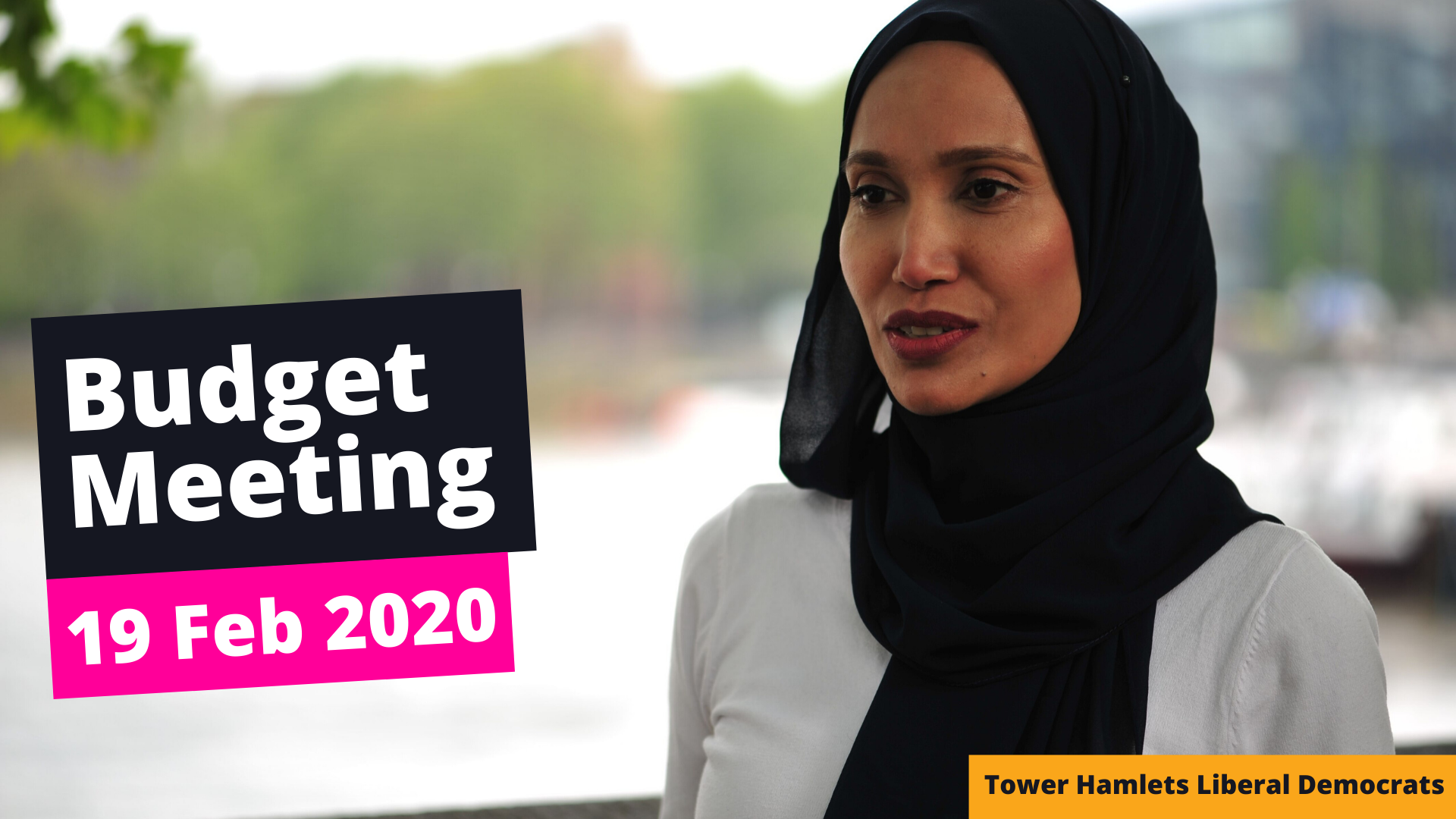 Labour picked a very interesting figure for raising Council Tax in Tower Hamlets - 3.99%. You may think, like us, that this is a slightly number - and it is. 0.01% more and a referendum would have been necessary.

Mayor Biggs has chosen to raise Council Tax for residents at the maximum possible level without giving them a say.

And Labour while surely blame everybody but themselves for this raise in the Council Tax. They'll blame Central Government funding; they'll blame the last administration. But the Labour Council also need to take a look at their own spending, estimations for savings (which haven't materialised), and the promises they made on the bases of these.

Labour have campaigned to keep local authority nurseries open - only to close them. They said they would protect the Community Language Service - only for it to now be under threat.

Save the Community Language Service

The Community Language Service was set up to improve community cohesion and to help people on a lower income and from ethnic minorities gain better education and work prospects. In our borough more than 90 languages are used - and it can't be underestimated how important this service and access to language education is.