Help save the Jamboree! 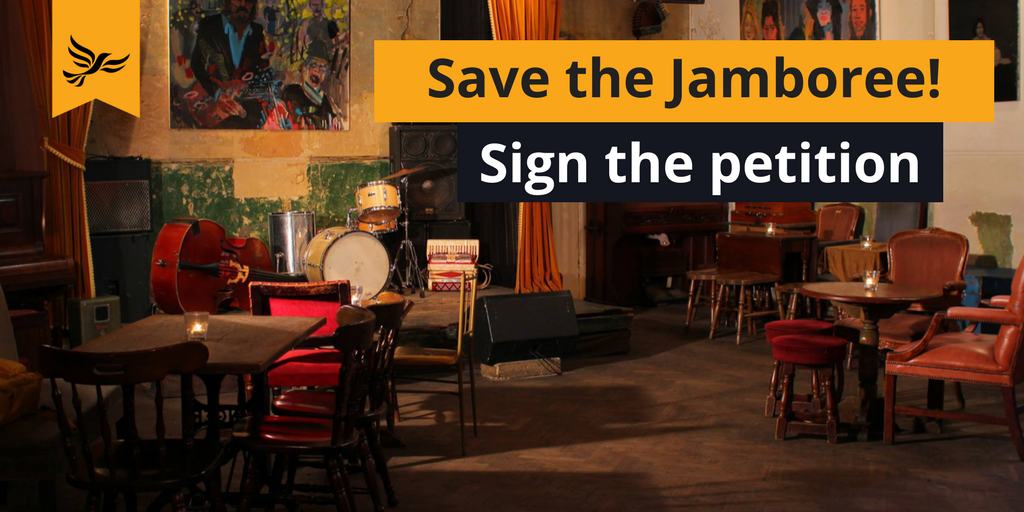 1,400 people have already signed the petition to ask the Council to intervene and protect one of London's quirkiest and most exciting venues.

London's nightlife and venues have been struggling lately - with 40% of grassroots venues lost since 2008 - and now one of our own local venues, The Jamboree, needs your help.

The Jamboree describes itself as a "home-made den of world music with devil may care European bohemia...a rag-tag of eccentric characters". It's received acclaim from the likes of The Guardian and TimeOut as one of the best and most quirky spots in London.

Councillor Andrew Cregan said: "I would like to ask for your support for a petition to save the much-loved grassroots live music venue, Jamboree, housed at the remarkable Cable Street Studios - home to vibrant and creative community of artists, musicians and educators."

"Its loss would be sorely felt by the community in Tower Hamlets, particularly in a year when the borough is bidding to be the London Borough of Culture."

1,490 people have already signed the petition. We're asking the Council to step in and help protect The Jamboree by asking Sudbury Properties to review their decision not to renew the Jamboree's lease.

We need 2000 signatures by the end of today.