POPLAR & LIMEHOUSE election candidate, Elaine Bagshaw is backing an appeal from Cancer Research UK to help save more lives in the constituency and across the UK.

Elaine visited the Cancer Research UK exhibition at Canary Wharf last week Friday 13th February 2015, where members of the public were being invited to find out how to join the charity’s General Election campaign - Cross Cancer Out.

Cancer Research UK was highlighting how crucial it is for future MPs to listen to their constituents by putting cancer at the top of their political agenda.

Elaine demonstrated her support by placing a cross on giant letters spelling out ‘CANCER’.

With predictions showing that now one in two people will be diagnosed with cancer at some point in their lifetime, Cancer Research UK says determined political action is urgently needed to help more people survive.

In the run up to the General Election, the charity is calling on candidates to back measures to ensure cancer patients receive the best treatment and are diagnosed early enough for that treatment to make a difference.

It is an appeal Elaine wholeheartedly supports. She said: “While more people in Poplar & Limehouse will be diagnosed with cancer in the future, there is good news - Cancer Research UK’s work is helping to ensure more men, women and children survive.

“But with more than three people diagnosed with cancer every hour in London and this number set to rise, it’s vital that we detect cancer earlier across the UK and offer all patients the best possible chance of surviving.

“I’m backing the Cross Cancer Out campaign, because it’s clear that there’s still much that we can do to beat cancer sooner. The political drive to beat the disease must match the pace of progress in research.” 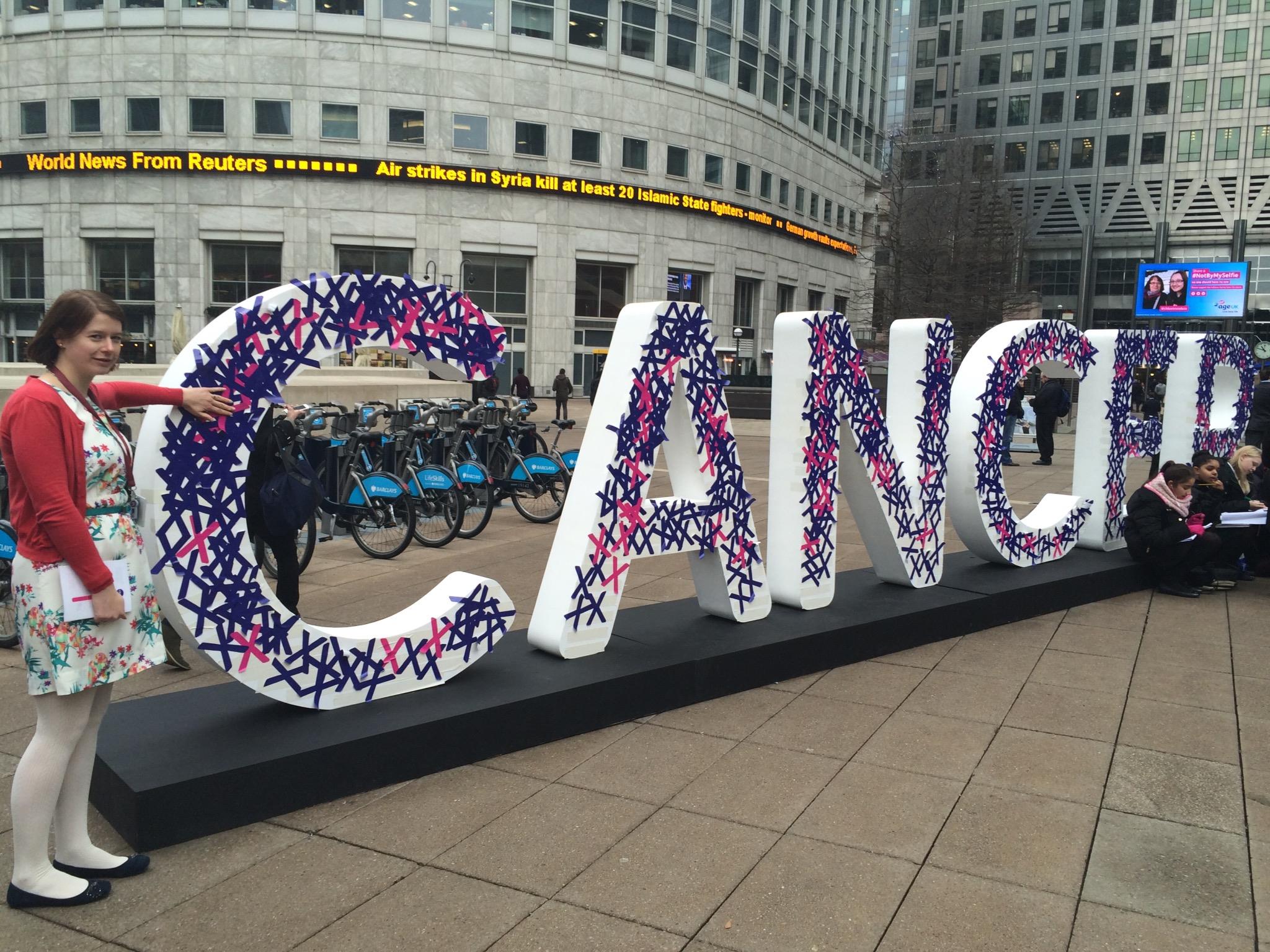 Layla Theiner, Head of Public Affairs at Cancer Research UK, said: “The increase in the lifetime risk of getting cancer is primarily because more people are surviving into old age, when the disease is more common.

“We can’t avoid growing older, but we can prevent a crisis in the future by acting now to make our NHS cancer services among the best in the world.

“Without increased political support we could see the death toll from cancer rising in the UK and so early diagnosis and better treatments must be key priorities for the next Government.

“That’s why we’re calling on MPs and parliamentary candidates from all political parties to commit to ‘Cross Cancer Out’ and help ensure no-one’s life is cut short by this devastating disease.”

For more information and ways to get involved in the campaign, visit cruk.org/crosscanceroutor join the conversation on twitter #CrossCancerOut.