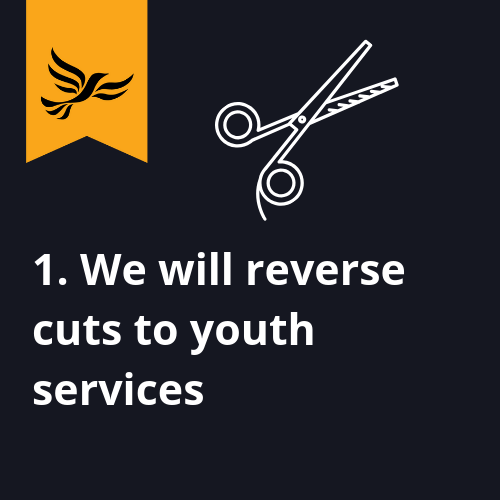 1) We will reverse cuts to youth services

Lib Dems would reverse the damaging cuts to youth services which have contributed towards a rise in youth violence. Using ring-fenced additional investment in youth and children’s services, we would ensure that these services reach more children and young people than ever before, as well as provide more varied and high-quality support. 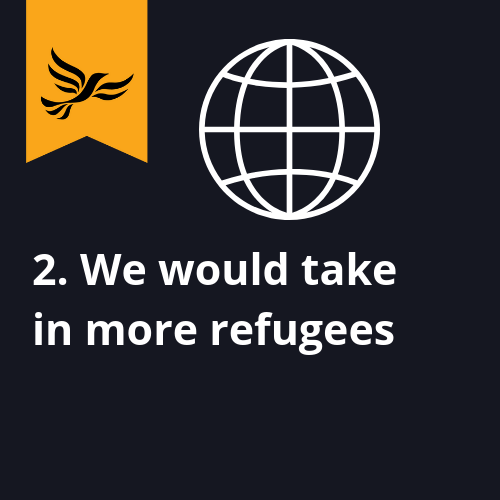 2) We would take in more refugees

Lib Dems would relax key legislation to make it easier for those seeking refuge in the UK to come and settle here. We would also abolish the arbitrary net migration target and close eight out of 10 detention centres to introduce a much needed, more compassionate approach to immigration. We would also support the creation of projects in schools to educate children about the UK’s migration history, as well as a national strategy to promote teaching English as a second language in order to improve social integration. 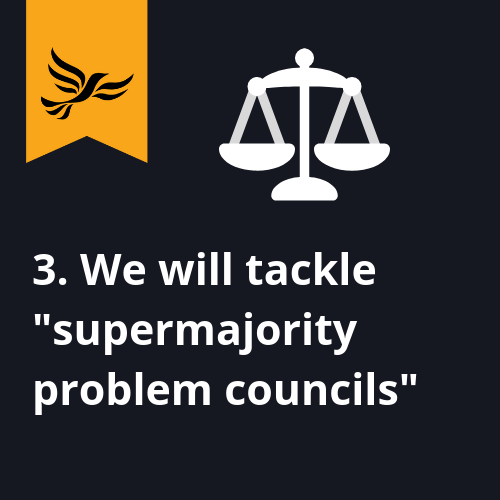 3) We will tackle "supermajority problem councils"

Lib Dems would tackle one-party states within local councils like Tower Hamlets, by introducing the Single Transferable Vote at all local elections, as well as giving individual councillors the right to hold service providers to account and strengthening transparency within local authorities. 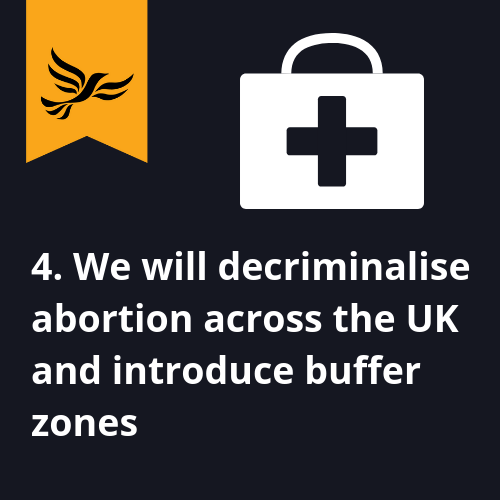 4) We will decriminalise abortion across the UK, including Northern Ireland, and introduce buffer zones

Lib Dems would enforce buffer zones around abortion service providers, ensuring that women are able to maintain their right to privacy and decriminalise abortion across the whole of the UK -including Northern Ireland. 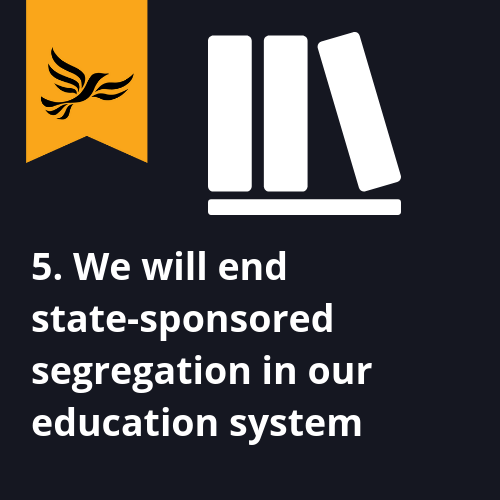 5) We will end state-sponsored segregation in our education system

Lib Dems would end state-sponsored segregation within education, by opposing new grammar schools and bringing an end to the habit of schools withholding poor exam results, to boost transparency and performance across the board. We would also abolish OFSTED, replacing it with a new independent inspection regime which assesses the long-term success of a school, including the degree to which it promotes wellbeing. We would also abolish Sats and league tables. 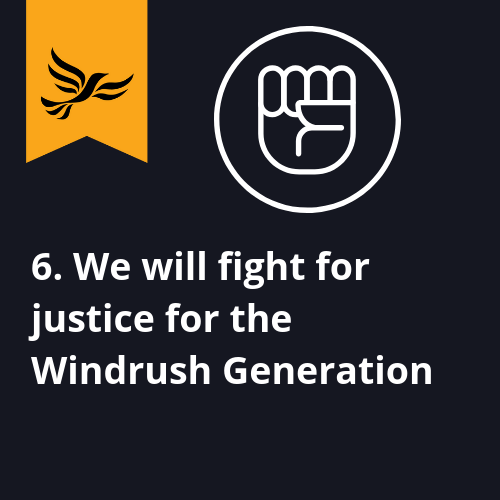 6) We will fight for justice for the Windrush Generation

Lib Dems called for a public enquiry into the Government’s hostile environment policy. We also want to see the introduction of a compensation system and the full restoration of rights for those who have suffered injustices, as well as the return of those who have been wrongly deported or detained to their homes in the UK. 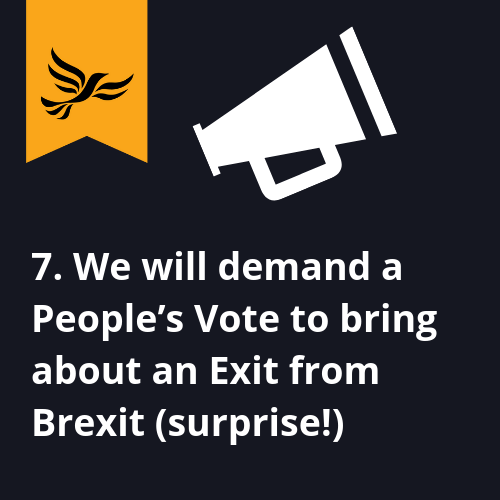 7) We will demand a People’s Vote to bring about an Exit from Brexit (surprise!)

Lib Dems are redoubling our efforts to stop Brexit by demanding a final say on any Brexit deal, with an option to remain a full member of the EU on the ballot paper (and there are no prizes for guessing we would campaign to Remain).

Join us on the People’s Vote March on 20 October.

Credit to Camden Lib Dems for this idea!