In Tower Hamlets we are seeing a real class divide as the rich move up into the sky in their luxury high-rise apartments and penthouses literally leaving the poor below them, struggling in inadequate homes on the ground.

Housing, particularly the need for high quality affordable housing for a range of family sizes from one to many, is one of the top issues facing London and the country in the run up to this year's general election.

The Tories' Nineteen Eighties policy of selling off council housing (Right to Buy), which Labour failed to address or reverse in their thirteen years in office has led to chronic shortages of places for people on lower or even middle incomes to live.

A new report from Labour, now that they are no longer in charge, points out that council homes are being sold off faster than they are being replaced.

At the same time, controversial Tower Hamlets Mayor Lutfur Rahman has announced the building of 3500 new affordable homes as part of the redevelopment of the Royal London hospital site at Whitechapel, a scheme Labour's Mr Biggs has criticised and which was dubbed "Lutfur's palace" and a "vanity project" in the Evening Standard.

Under the Coalition, Liberal Democrat policies have seen more than 70,000 empty houses brought back into use, and the number of affordable homes nationwide increased by 190,000 (compared to a fall of 421,000 under Labour).

However, record low interest rates and George Osborne's Help to Buy scheme have meant that the better off can buy up the limited supply of homes, which has continued to drive up house prices, and this has forced rents to rise rapidly too.

Liberal Democrats would like to see Councils have the power to suspend Right to Buy in areas like Tower Hamlets where there are acute housing shortages, while in the long term we want to increase the number of new homes being built to 300,000 a year by giving new powers to Local Authorities and creating a national Housing Investment Bank to channel funds into construction, with the added benefit of creating new jobs and apprenticeships.

We would hope that Labour would be more consistent in their approach to creating new affordable homes, and call on all parties to work together to get London's house building back on track. 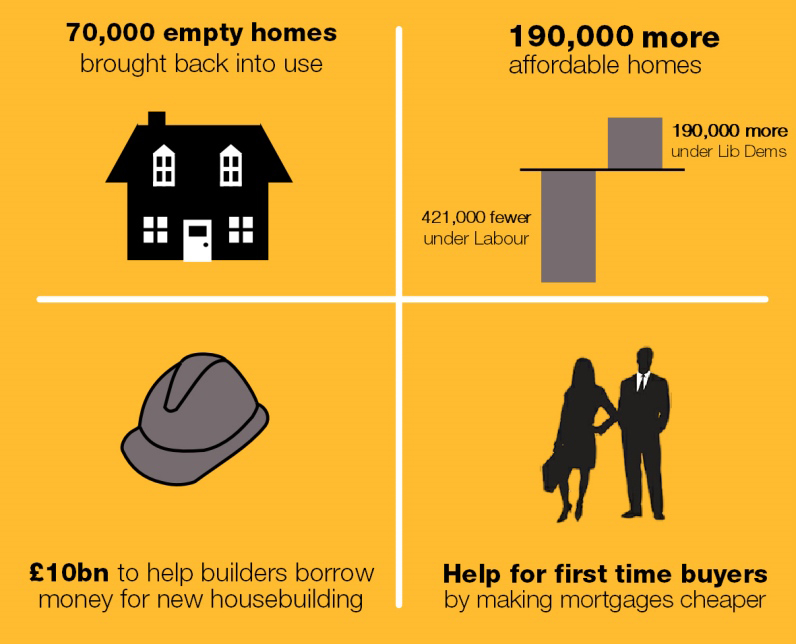