Find out more about the Bartlett Park Masterplan

The Bartlett Park Masterplan scheme has been in the pipeline for some years. It affects the whole of the park and the old adventure playground across the road that has been closed for some time.

Cleaning up the island

Chris and Shelly have been working hard to help keep the streets of Island Garden cleaner and therefore reduce pest and other anti-social issues. We have already undertaken a number of litter picks to tackle high litter areas across Island Gardens, with a lot of support from the local community.

Stephen O’Shea and Liza Franchi are demanding the Government take action on companies who are promising better broadband but failing to deliver it in Wapping.

At a meeting of the local Neighbourhood Police Panel, Liberal Democrat campaigners Elaine Bagshaw and Jack Gilbert secured extra police patrols in our area. After hearing many complaints from residents about open drug dealing in the streets and anti-social behaviour, the team worked with the police to get more patrols where needed.

One third of state schools are in deficit, figures uncovered by the Liberal Democrats have revealed - including 48 in Tower Hamlets.

Figures provided in response to a written parliamentary question show that over 9,438 schools were in deficit in 2015-16, over a third of the total.

2 in 3 secondary schools in Tower Hamlets are full or oversubscribed in Year 7 this term, research by the Liberal Democrats has revealed.

In total 12 secondary schools in the area are either full or over capacity in Year 7 - an increase from 9 the previous year.

Standing Up for Residents on the Wapping Lock-In Saga

TfL have made a number of commitments to address the “Wapping Lock-In” phenomenon, after local Liberal Democrats raised concerns alongside residents.

Wapping has suffered three consecutive lock-ins this Summer due to sporting events. All sides agree that these events are great for London, but Wapping residents have felt increasingly angry at being cut off from the city and “locked in” for large chunks of time.

Liberal Democrat Assembly Member and Deputy Chair of the Transport Committee, Caroline Pidgeon, facilitated the meeting. The team secured commitments from TfL to: 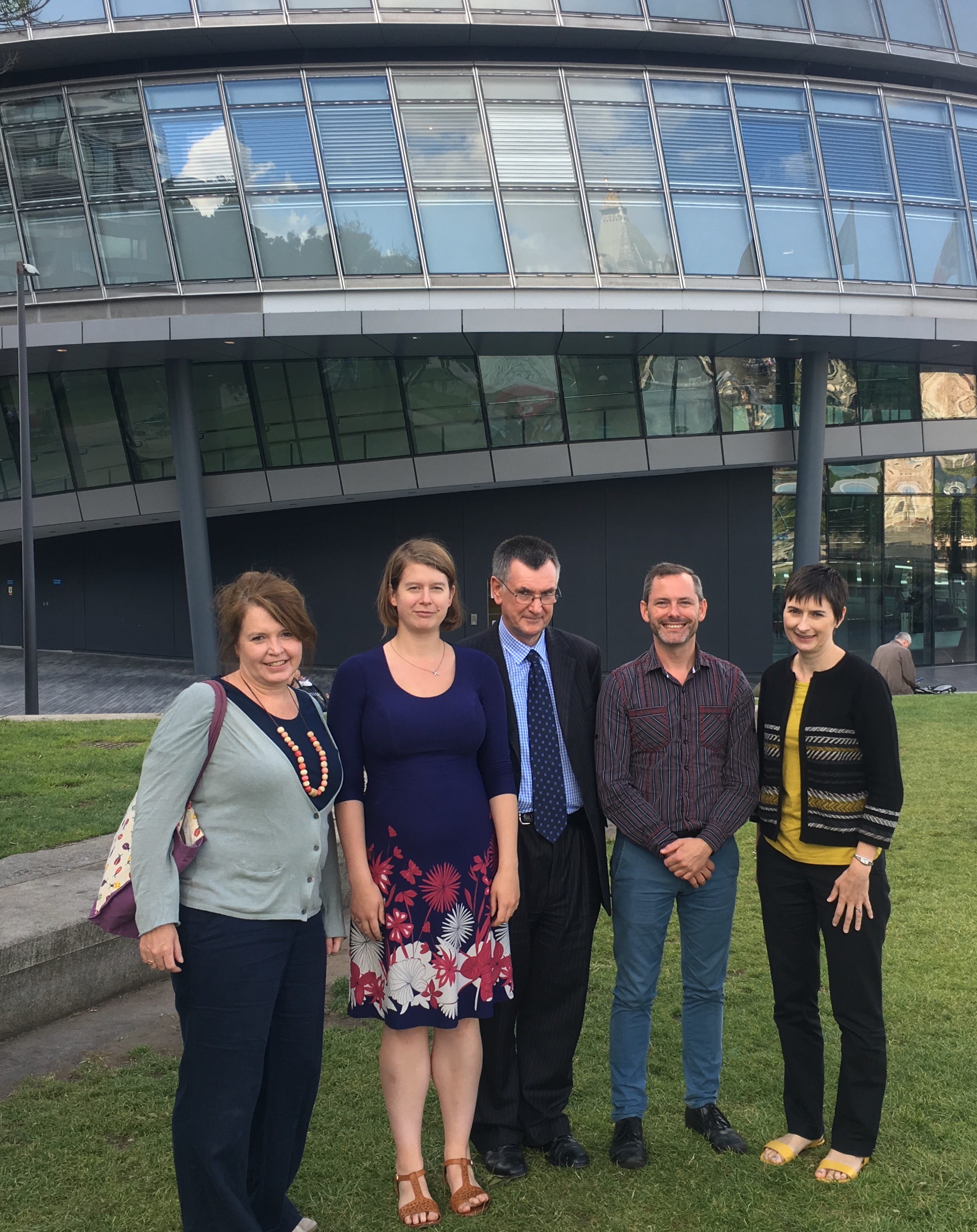 Caroline Pidgeon will also submit a question to London Mayor Sadiq Khan about whether the impact on areas such as Wapping and the Isle of Dogs that end up “locked in” with these events, is taken into consideration when deciding which events to host and bid for.

Local Liberal Democrat campaigner Stephen O’Shea, said: “After a great deal of frustration by local residents, it’s great that we now have commitments to action. The key test will be whether this turns into a joined-up approach from next year. We will be watching this very closely and holding TfL to account.”

Elaine Bagshaw, Parliamentary Spokesperson for Poplar & Limehouse, said: “It’s great that we’ve been able to make progress on this with TfL, and that local residents had the opportunity to raise their issues directly with the people responsible for these events. This meeting only took an hour to hold and a few emails to arrange. How is it I can do this around a full-time job, yet our local Assembly member, Unmesh Desai, can’t? This is another example of local Labour representatives letting us down.”

Posted by Elaine Bagshaw | Updated 2017-07-20
After youth service closures and a failing children’s service that left children and young people at risk, Tower Hamlets Labour again showed their disregard for our young people in the borough at July's Council meeting.
Tower Hamlets Youth Sport Foundation provide the only opportunities in the borough for young people to participate in a range of structured/competitive sports, from basketball to tennis. Their combined community-school model has led to huge improvements in the numbers of young people in Tower Hamlets participating in sport and physical activity.
A reasonable request to the Council, asking them to investigate how this key service for young people in the borough could be saved was rejected outright by Mayor Biggs and Labour councillors. Along with the motion a letter from Baroness Oona King, former MP for Bethnal Green and Bow was presented, saying she “saw first hand the truly fantastic work THYSF does for our kids. To lose their services would be devastating for both Sport and children in Tower Hamlets.”
Councillor Andrew Cregan said “This service is incredibly important to local young people. Nearly 40% of Youth Sports’ work occurs on evenings, weekends and school holidays - a gap that schools simply cannot plug. After cuts to the youth service, this is yet another key service for young people that the borough is losing.”
Parliamentary spokesperson for Poplar & Limehouse Elaine Bagshaw said “Tower Hamlets has one of the highest levels of child poverty in the country. In the past 12 months we've seen cut after cut to services to our young people. The Youth Sport Foundation has made a huge contribution to the borough and it is shocking that Labour have so quickly and easily let it go.”

Representatives of Tower Hamlets Liberal Democrats have expressed their sincere condolences with worshippers affected by the attack at the Muslim Welfare House in Finsbury Park and condemned the normalisation of Islamophobic and xenophobic rhetoric in public discourse in recent years.

Candidate Elaine Bagshaw and Tower Hamlets Lib Dems are cheering their result in Poplar & Limehouse; an area Labour has held since the 1920’s and one which incumbent Labour MP Jim Fitzpatrick has represented for 20 years. Bagshaw was the only challenger from another party that saw her vote share increase since the last General Election--capturing a total of 3959 votes--close to double the Lib Dem constituency result just two years ago and leapfrogging locally over the Greens and UKIP, while also beating controversial independent Oliur Rahman. Bagshaw says the result is a signal that more people are looking to the Lib Dems as a credible alternative in borough politics.

“We heard from a lot of people who feel let down by Labour, who take this constituency for granted as a ‘safe seat’, and ignore a lot of problems. Tower Hamlets has a 49% child poverty rate; the highest in the country, despite Labour having had a very free hand for years to do something about it. Our showing today sends a simple message, more and more voters in Poplar & Limehouse want and expect results--and they’re slowly turning to us.”

Bagshaw is a seasoned campaigner who also ran as the Lib Dem candidate for the area in the 2015 General Election, where she came fifth. Since then, local membership has increased by around 600 people to 730, which Bagshaw says was instrumental in her performance and leaves the local party well-placed to fight a likely by-election in St. Katharine’s and Wapping, following Conservative Councillor Julia Dockerill’s win in the Hornchurch and Upminster constituency, andon to local elections next year.

“We built this local party from the ground up and the growth has been simply amazing in the last two years,” Bagshaw says. “Our prospective by-election candidate, Stephen O’Shea, is already a dedicated campaigner for St. Katharine’s and Wapping.We’re energized by this result and are going to keep working hard to get great local results for people living in Tower Hamlets, while continuing to stand up for a Britain that is open, tolerant, and united.”