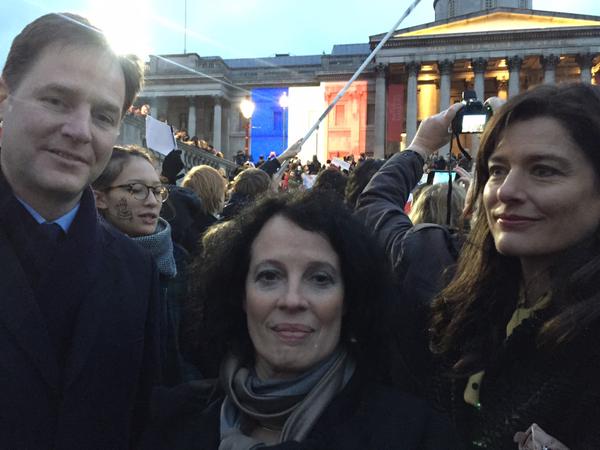 Free speech is a cornerstone of our way of life. It is one of the Human Rights defended by the European Convention. Without free speech, how do we protest injustice? If we end free speech, it is the voices of the weakest and most vulnerable that fall silent first.

Sometimes the hardest thing to do is defend the freedoms of the people you disagree with. The magazine Charlie Hebdo often used their freedom of speech in a way that was offensive, even racist, to attack vulnerable groups who are already marginalised and victimized. But the way to respond to that is with our voices not with violence. In the wake of the murders in Paris, there has already been an increase in attacks on minorities, black and Jewish as well as Muslim.

Although the terrorists in France claimed to be acting in the name of Islam, we refuse to accept that they represent Muslims. Leading Muslim speakers, such as Maajid Nawaz of the Quilliam Foundation, have issued a statement in the New York Times highlighting that Islam is founded on a basis of justice and peaceful co-existence, and reaffirming support for universal human rights, including freedom of speech.
http://www.gatestoneinstitute.org/5032/new-york-times-beautifying-islam

Liberal Democrats in Tower Hamlets take pride in the diversity of our Borough and the strength we get from living and working together. We celebrate the rich heritage that we all share and the contribution made by women and men of all races and of all religions and of no religion.