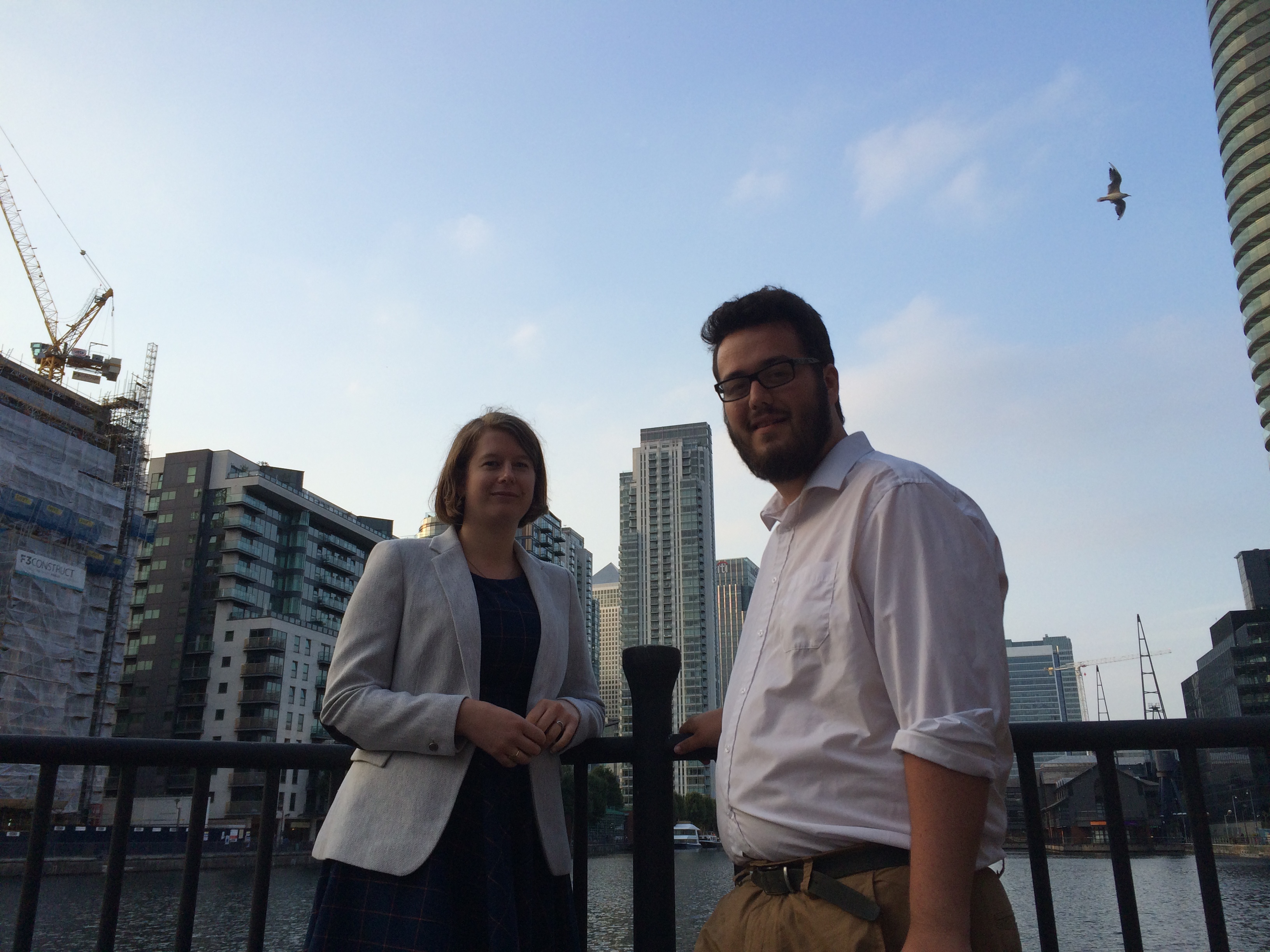 Elaine said: “I am really proud to have been selected. Residents in East London have had enough of being taken for granted by Labour – I want to work with them to build a better future for this wonderful area.

“However, I am only too well aware of the challenges faced by people living in Tower Hamlets. As such my three campaign priorities will be to address child poverty in what is still one of the most deprived boroughs in the UK; to deal with the shocking state of social housing left by the divided Labour Council and the legacy of Tory Mayor Boris Johnson; and to bring security to the people in Poplar and Limehouse who are in fear of the rise in hate crimes since the referendum.

“It’s unacceptable that almost half of the children in Poplar and Limehouse are still growing up in poverty with Canary Wharf just next door. We need to make sure that the jobs and investment that come as a result of the success of big firms in the area benefit local people as well.

“Housing is also vital. There is a crisis of social and truly affordable housing in the area while the Labour council is sitting on tens of millions of pounds in developer contributions.

“Finally, we need to protect local residents from the fallout of a possible Brexit that they never voted for.

“Financial services and other employers in Canary Wharf are already considering whether to pull out of the UK, creating huge uncertainty for their employees and other businesses in the constituency who supply them.

“And I’m extremely concerned at the rise in reports of racism and xenophobia across the country since the referendum. Poplar and Limehouse is a vibrant and diverse neighbourhood and we need to ensure all local residents feel secure and welcome.

“Nationally our country is in crisis. Both the Conservatives and Labour are focused entirely on in-fighting while the economy worsens, threatening jobs, public services and our efforts to build the homes Britain so badly needs.

“The Conservatives promised us order and have delivered chaos and have destroyed their reputation for economic competence, with investment plummeting, putting jobs at risk at Canary Wharf and across Poplar and Limehouse.

“The local Labour Party is already deeply divided, and nationally Labour have chosen a moment of crisis to turn in on themselves in a pointless leadership struggle. They have given up even trying to speak to the British people.

“Only the Liberal Democrats are an open, optimistic and united party committed to spreading opportunity for the next generation and focus on re-building the British economy to protect jobs and services.”

Will said: “It’s such an honour to have been selected by the most exciting team in London. Tower Hamlets Liberal Democrats are all about opportunity and have led the way in challenging a local Labour Party that looks after itself first and the people of Bethnal Green and Bow not at all.

“My first priority would be education, to bring opportunity for a better life to everyone in Bethnal Green and Bow. Lib Dem policies like the pupil premium have given people like me the chance to go to get on, go to university and change our lives. But we need different solutions for different people, which is why Lib Dems also pushed for the huge rise in apprenticeships.

“But I also want to help heal the divisions in our society. Like Elaine, I’ve been shocked to see hate crime on the rise after the referendum. Bethnal Green and Bow is famous for all the diverse communities who get along here. We need to come back together now and work towards a liberal country where people from every background are welcome and safe.

“For me, this is all about giving a voice to people who have been ignored by the Tories in government and by Labour in the Town Hall. The Referendum was supposed to settle things, but it’s left the Tories just as divided as ever, and now Labour are tearing themselves apart just when the country needs someone to stand up to the government. Only the Liberal Democrats offer a clear opposition to the hard right Brexiteers now just as only the Liberal Democrats will fight for your local issues like putting proper street lighting along Regent’s Canal, which both Labour and Conservatives have promised but never delivered.”

The Liberal Democrats are now ready to fight a general election, whenever the Prime Minister chooses.

Liberal Democrats have called for a General Election, because the government needs a new mandate to deliver and the country needs stability of knowing what our path will be following the referendum decision.

There are reports that the new Prime Minister might agree and go to the country early, before a possible “Brexit recession” and to take advantage of Labour’s leadership confusion.

“I am delighted that such a strong local campaigners as Elaine and Will have agreed to be our candidates in the next election. Elaine has been an inspiration to us and Will is so full of enthusiasm and talent. We are ready for the election and are raring to go.

“The Liberal Democrats are well placed to fight a general election whenever it is held. Since the referendum we have signed 18,000 new members nationally, over a hundred in Poplar and Limehouse.

“The referendum has seen a new generation become politically active, because they don’t want to see their futures ripped away or their voices silenced.

“The Liberal Democrats will go into the election as the only party committed to protecting Britain’s role in the heart of Europe, making sure there’s a better future for everyone. And Elaine with all her talent and energy, is the best person to make those voices heard.”